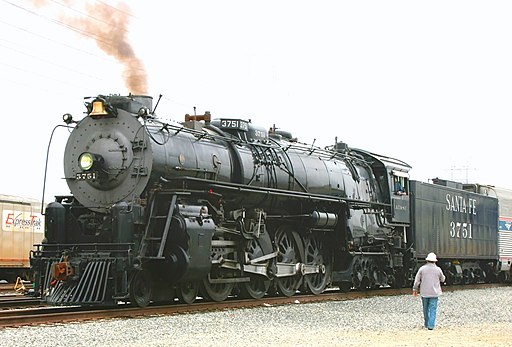 Since the 4-8-4 was first used by the Northern Pacific Railway, the type was named “Northern”. Most North American railroads used this name, but some adopted different names.

A total of twenty-three 4-8-4 locomotives operated in Australia, built to three distinct designs.

In 1929 the ten 5 ft 3 in (1,600 mm) South Australian Railways 500 class 4-8-2 Mountains of 1926 were equipped with steam boosters, in the form of small auxiliary steam engines, in order to increase their power. This necessitated the replacement of their two-wheel trailing trucks with four-wheel trucks. The booster contributed an additional 8,000 pounds-force (36 kilonewtons) to the tractive effort and permitted an increase in the locomotive’s load across the Mount Lofty Ranges to 540 tons. In their new 4-8-4 configuration, they were reclassified to 500B class.

In 1943 the first of twelve streamlined South Australian Railways 520 class locomotives were delivered from the Islington Workshops in Adelaide. Although they were large locomotives, they were designed to run on lightly constructed 60 pounds per yard (30 kilograms per metre) track, with the engine’s weight being spread over eight axles. Their 66 inches (1,676 millimetres) diameter driving wheels were specially balanced for 70 miles per hour (110 kilometres per hour) running.

Contact for further information, and I’ll help you on your journey into the wonderful world of 7 1/4 scale trains. 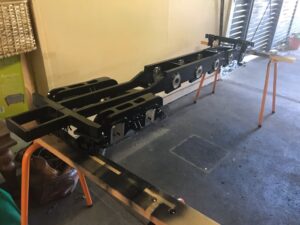